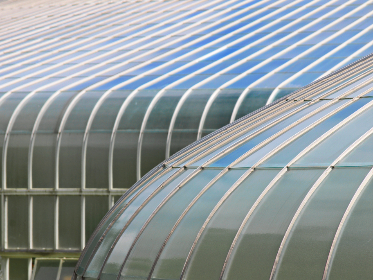 Tarek Saab was a popular entrant on NBC’s The Apprentice 5. poeta is the President of T. Saab Media, Inc. and the co-founder of Lionheart Apparel, a men’s clothes line he launched after his debut on The Apprentice. He has been called Kipling’s “Who’s Who Among Executives and Business Professionals” for 2008. He is a popular Catholic speaker and his book entitled GUT CHECK: Confronting Love, Work, & Manhood In Your Twenties launched March 1st, 2008 through Dallas-based publisher Spence Publishing.

Tarek Saab is a New Bedford native who received a Bachelor of Arts degree in Liberal Arts from St. Anselm’s College and a Bachelor of Science degree in Electrical Engineering from the Catholic University of America. Before appearing on “The Apprentice”, Tarek operated at Texas Instruments and played rugby for the Dallas Harlequins for the USA Super League. Tarek is a founder of Lionheart Apparel and previously this year was recognized by Kiplings Who’s Who in Executives and Business Professionals. He is the author of “Gut Check: Confronting Love, Work & Manhood in Your Twenties”. He and his partner are expecting their first child in June.

Every year at this time, boys finish from institution of higher learnings all over America. Over the 5 to ten years following graduation, they face an entire host of challenges in their individual and expert lives. Concerns of cash, success, friendship, faith, graduate school, courtship, household, etc will take on a whole brand-new dimension, a more compelling “reality”. The shift is often a point of reckoning for boys and will probably have extensive repercussions on the trajectory of the rest of their lives.

Venezuelan political leader, legal representative and poet. He is a popular Latin-Arab human rights activist and a leader of the Fifth Republic Movement (MVR) celebration established by Hugo Chávez, President of Venezuela, who publicly called him “The Revolution’s Poet”. He was the Governor of Anzoátegui from 2004-12. A member because 2013 of the Committee for Justice and Truth. In December 2014, he was chosen “People’s Defender”, or Ombudsman, by the National Assembly for 2014-2021. Saab was designated as President of the Republican Moral Council of Venezuela by the People’s Power for 2015.

Mr. Saab is a highly-regarded customer of CMG Booking, and this previous year he has keynoted at the Cincinnati Catholic Men’s Conference, the Boston Catholic Men’s Conference, the Oklahoma City Catholic Men’s Conference, the FOCUS 2008 Conference, and numerous other major events. He has been plainly featured in such publications as Us Weekly, Television Guide, Teen People, Enigma, Outreach, In Touch Weekly, Inside Pulse, The Dallas Business Journal, National Catholic Register, The Wander, US Catholic, Christian Retailing, and The Mensa Bulletin. On September 20th, 2007, he was the included guest on EWTN’s weekly program “Life on the Rock.” He frequently appears as a radio guest promoting his book, and significant interviews include Imus in the Morning, The Dary Day Show, and The Derek and Romaine Show.

Tarek Saab has dealt with these obstacles in an unique and really public setting. As a contestant on the Donald Trump reality series “The Apprentice”, Tarek’s profession and life path progressed in front of twenty million viewers! Yet long before he got here on the set of reality tv, Tarek had actually already released an outstanding profession at Texas Instruments where he rose to be among the youngest Global Marketing Managers in the business’s history. His insight into the proper way to live these years is the subject of our next Leadership Forum breakfast.